The Causses and the Cevennes, the mediterranean agro-pastoral landscape

The campground is located in the Cevennes, in the south of the Massif central and at the foot of the Mont Aigoual, on a territory twice awarded by the UNESCO.
In 1985, it was designated as a biosphere reserve, then in 2011, along with the Causses, it was registered on the UNESCO world heritage site for its cultural agro-pastoral landscape.
This grandiose site consists of medium mountains and deep valleys furrowed by roads used for the transhumance of the herds or « drailles », features of the landscape. The relationship between the environment and agropastoralisme is visible on all the territory of the Causses and Cevennes and participates to the beauty of the landscapes.
The Mont Aigoual is one of the last places where summer transhumance is using the drailles in the traditionnel ways. To soak up this traditional atmosphere, you can accompany the herds and attend the fête de la transhumance organised in June à l’Espérou (20 mn from the campground ).

The campground of the Mouretou : Unesco Ambassador 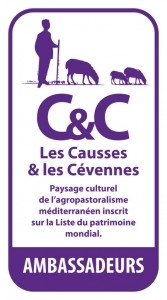 To promote the values of the Unesco and agropastoralism, a tourism and agricultural network has been created ; Valerie and Fabrice are the ambassadors of the Unesco.
Since 2015, The campground is proud to belong to this network and strives to help you discover the best of our territory of the Causses and the Cevennes.
Learn more about the ambassadors (french site)

Discover us on video!

All our videos
Book now

Get all the news